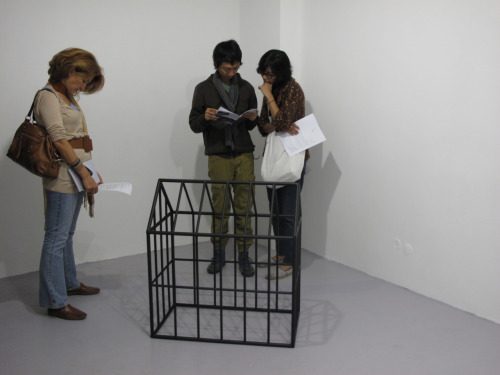 After several stays in Palestine over the last few years, Lennström-Örtwall’s work focuses on the vulnerability that can be found in the occupied Palestine.

Her work explores questions of location, separation and the nature of confinement within the Palestinian territories. At Pasajist, Lennström-Örtwall will show installations and text works that’s referring to the current political situation and human vulnerability.